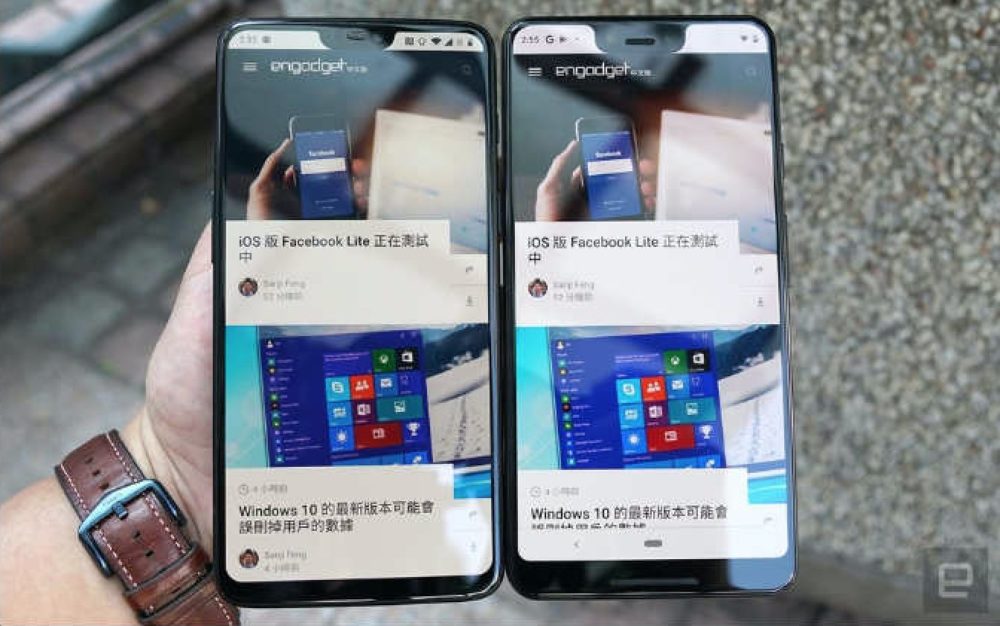 Before the launch event, Google Pixel 3 XL is Already on sale in Hong Kong

These days it very common with smartphones that they are unavoidable when the launch date comes near and the more rumours and leaks they get. And Google Pixel 3 is no Exception. So Let’s talk about upcoming Google Pixel 3 series. It will be launched in New York tomorrow but there is a big surprise that the Hong Kong mobile shop Wahphone Digital is actually selling the fully-boxed device with the huge cost of HK$15,880 or you can say US$2,030

As this is an unreleased device, so everything needs to be checked out about this.
I was so much excited about this device so that’s why I borrowed it from a friend who
is living in Hong Kong. Let’s come to the point first lets we talk how it feels.
The device body looks well-built and feels solid and it comes up with its box and accessories, which includes a pair of USB-C earphones, a USB-C-to-USB-C cable, a USB-C-to-3.5mm dongle, a USB-C-to-USB-A dongle and last but not the least 18W USB-C power adapter, it seems to be an Australian two-ping plug.
But, as I looked at the box it doesn’t provide many details of the phone’s specs. It mentions only some of the details are the screen size which 6.3 inches, 128GB storage capacity, Just black in design and ‘G013C’ model number and it wrote there that it is “Designed by Google. Made in China.” On the right side, there is a hologram sticker which features Google’s ”G” Logo. And, from the bottom, it is pretty much all blue and white with hashtag “teampixel”.

The Pixel 3 XL is powered with Qualcomm’s flagship Snapdragon 845 chipset, but they compromised with the ram which is 4 GB only.
I think that there will a higher-end version with 6GB or more RAM. The screen is just awesome with the resolution of 2,960 x 1,440 PX.
But is not cleared yet which type OLED panel is being used here maybe they used the LG’s P-OLED like last time, but the sunlight readability is improved in this version. There is one thing which I didn’t like is the notch as it gives the weird look in comparison to its competitors. I hope you are waiting for battery specs now but previous reports pointed to 3,430 mAh.

The good thing is that it comes with the latest Google’s Android 9.0 (Pie) with gesture navigation. As for the camera, the camera app confirms the 12.2-megapixel resolution for the single main camera moreover the 8-megapixel resolution for the front cameras. This time google worked on super-wide secondary front camera.
And, now it will be easier to take group selfies with it and the main camera is capable to shoot 4K videos at 30fps, whereas the front camera is limited to 1080p.

Lets see what happens at the tomorrow’s Google Pixel 3 Event 2018!